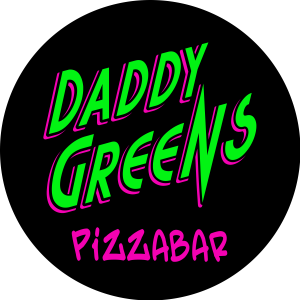 The story
The gang
What makes us special
The story

Daddy Greens Pizzabar is the first concept from the Mamu & Maalainen collective, founded by Eero Kokkonen and David Smith in 2016.

First, there was a van and a couple of friends with a flaming love towards pizza.

The operation was running on the streets, pop-up-style. Before long, the word spread in Helsinki that our serving was euphoric. We got message and opened our first location in Töölö 2017.

THE MEN
behind the idea

David and Eero met while cooking professionally in Helsinki. They soon became friends based on their shared love of simple, full flavored, rustic cuisine.

Eero has his roots in Leppävirta and the countryside sticks deep in him even after a decade in Helsinki.

He went to cooking school in Jyväskylä 2004. He had a break from the kitchen for two years, that time he worked and studied organic farming in Finland and the States. With his new knowledge in organic food and wild herbs he found a new passion for cooking.

Eero’s first touch in food industry was actually in a pizzeria and that experience gave him the idea to go to cooking school. After the school he has gained a wide  range of restaurant experience from catering to fine dining. He also spent one year in Australia working as a chef.

David was born, raised, and has lived in NYC for over 30 years. He has been a rabid pizza fan for as long as he can remember, but it wasn’t until his first visit to the legendary Totonnos in Coney Island that his fandom turned into a lifelong obsession.
​
David attended Bard College, and the Institute of Culinary Education in New York, where he graduated with highest Honors. He went on to work at highly rated NYC restaurants such as Lever House, Jacks Luxury Oyster Bar, Esca and Telepan.

That moment in Totonnos propelled him to scour the more obscure corners of NYC’s five boroughs, and the far corners of Naples and Rome in search of pizza nirvana. He read everything about pizza he could get his hands on from cookbooks, to blogs, and magazine articles.

He even participated in obscure chart forums on the internet where he argued about and shared pizza techniques with the likes of Miley Gee and Jeff Fasano, both of whom would later transform themselves from mere backyard heroes to highly acclaimed pizza masters.

He moved with his wife to Helsinki in 2008 and has worked in various restaurants including La Petit Maison, and Maxill.

MEET THE GANG
and check out their super powers and skills

The most red neck in the house

The Man behing the Shangri-La pizza

Delicate hands which the dough and the ladies like

The most rocking bartender on Roba, beer knowledge by the barrel

The man behind the craziest staff pizzas

Will walk 1000 km for a Canelé pastry

Mystery man from the East – dark sense of humour

The man, the myth, the legend – leaves the pizzeria and roams the city agencies like any one of us

Jobs
What makes us special

THE OVEN
with Italian guarantee

Our shiniest team member hails from Italy. We believe the best pizza ovens are hand built in Naples, designed for one purpose only.

Isn’t she a looker?

THE DOUGH
for best taste

Our organic pizza dough is a hybrid NYC/Neapolitan crust. Made from a mixture of local and imported flour, water and salt, it’s cold fermented for the perfect amount of time. It’s extremely tender, crispy and chewy, with a unique sour and smoky flavor that comes from a combination of precisely aging the dough and cooking it at an extremely high temperature.

We make it on-site everyday by hand, the way it should be.

THE BEER
to complete the experience

Apart from our mind-blowing American Lager, we serve a wide variety of beers.

Whether you want a perfect mach for your pizza, or just want to chug solo, we got you.

THE BEER
to complete the experience

Apart from our mind-blowing American Lager, we serve a wide variety of beers.

Whether you want a perfect mach for your pizza, or just want to chug solo, we got you.